For one of my lunchtime projects some time ago I did a bit of research on how can objects with transparent materials be lit using a deferred renderer. Turns out there are a few of ways to do it:

1) The most obvious solution is to create a Deep GBuffer with as many extra layers as the number of alpha surfaces we expect to blend. Memory-wise this can easily get out of hand though. An alternative to that (supported by DX11-class APIs) would be to store a number of lit alpha fragments in a linked list per pixel and combining them in a final pass.

4) An alternative way was presented at Develop 2012, by some Creative Assembly guys. Briefly the way this works is by unwrapping and rendering all alpha objects into a separate texture (one texture can accommodate many objects) storing world positions in each texel. Then this texture is fed to the Lighting pass and a lightmap for the alpha objects is created on the fly. At the end, the alpha objects are rendered with forward rendering using this lightmap for correct lighting.

This technique sounded interesting so I did a quick implementation using Hieroglyph’s light prepass renderer to see how it works.

We assume an environment with many coloured lights and a transparent bubble. This is how the bubble looks using forward rendering and no lighting (adding a bit of rim light). None of the scene lights affects the bubble.: 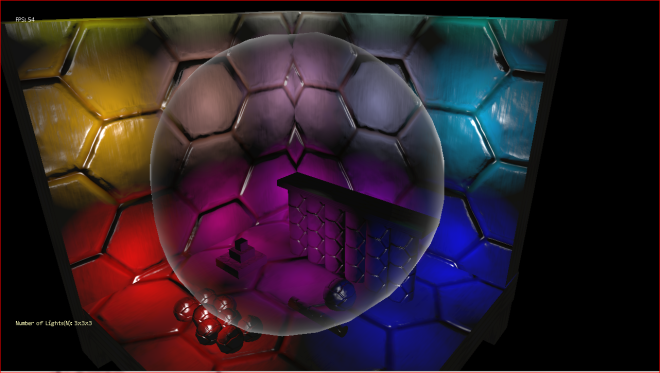 Next we  unwrap the bubble and render viewspace positions to a texture. Unwrapping the mesh requires a uv set with no overlaps or mirroring: 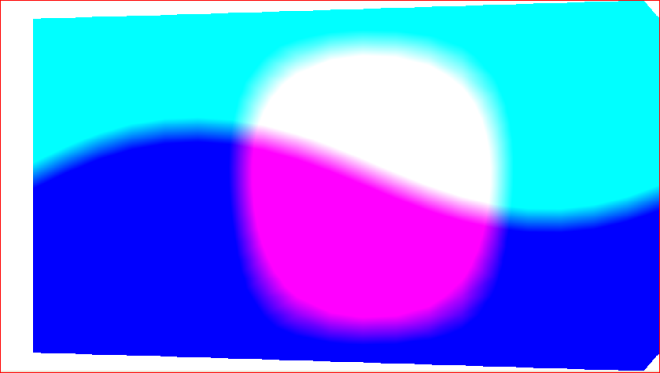 Obviously positions can’t be rendered as colours but let’s move on. This texture is fed to the Lighting pass, which uses the positions to calculate how much each light affects a specific surface point (mainly through attenuation since we don’t store normals). The Lighting pass can take into consideration all the lights in the scene to create an alpha pass lightmap:

Finally, the bubble is rendered last using the above lightmap: 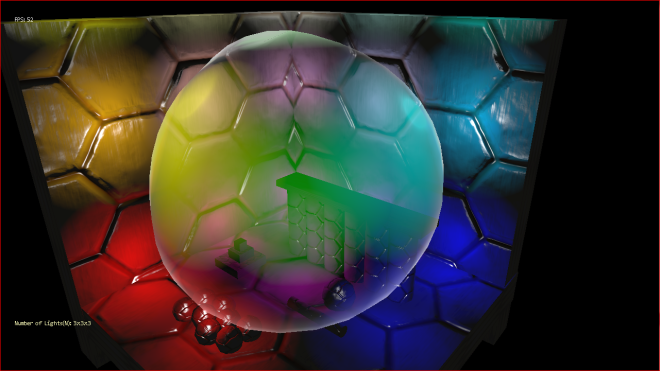 Now the bubble is correctly lit by the scene lights.

A disadvantage of  this method is that if we only store positions in the “unwrapped mesh” texture, and not normals, it is impossible to do any specular using the Lighting Pass (adding a second texture to store the normals might solve this.

Finally, although large parts of the Lighting Pass can be reused, some reworking might be needed to account for the fact that we are not lighting screen space pixels any more but positions (light culling/projection will be affected).

All in all it looks like an interesting technique to render correctly lit alpha objects.